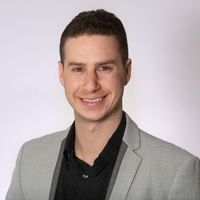 Josh is an Analyst at Lux and leads the Digital Transformation of Physical Industries team's coverage of Autonomous Systems 2.0. In this role, he researches technologies such as robotics, autonomous vehicles, and drones. Josh has also contributed to Electronic User Interfaces and Consumer IoT.

Prior to joining Lux, Josh was a software systems engineer at Analog Devices (ADI) where he developed hardware/software interfaces, firmware, and drivers. His projects included a software-defined radio platform that utilized wide-band transceivers, a wireless charging multi-board solution for IoT sensor nodes, and an analog front end (AFE) for capacitive touch sensors.

He holds a B.S. in electrical and computer engineering from Northeastern University and is currently pursuing an MBA at Northeastern concentrating in Technological Entrepreneurship.