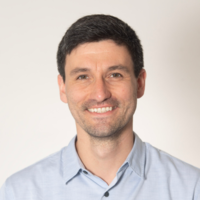 Cosmin Laslau heads up product at Lux Research. He works with Lux's software team and stakeholders across the organization to develop next-generation research tools and features, including new workflow tools, innovation-focused analytics, and advanced data visualizations.

He previously managed some of Lux’s core analyst teams that focus on energy and mobility. In those roles, Cosmin’s work included developing new analytical methodologies based on primary and secondary research, like data trackers and comprehensive models to address client needs. His research has often been quoted in the press, including The New York Times, The Wall Street Journal, Nature, and The Atlantic, as well as being featured at invited conferences around the world. Prior to joining Lux Research, he also worked at a nanomaterials start-up.

Cosmin earned his Ph.D. and M.Sc. from the University of Auckland, where he engineered a new scanning probe microscope, and authored 20 scientific publications and reviews. He also holds a B.A.Sc. from the University of Toronto, which focused on physics, mathematics, and computer science. Today, his interests include natural language processing (NLP), named entity recognition and resolution (NER), topic modeling in vector space, human-in-the-loop dashboards and reports, and interactive, cloud-based data visualization.