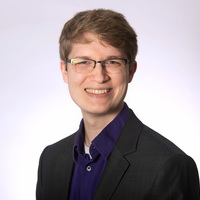 Volkswagen (VW) will invest $1 billion in cash towards purchasing equity in Argo (Ford and VW will have equal stakes), and VW's own Autonomous Intelligent Driving (AID) company (valued at $1.6 billion) will be contributed entirely to Argo, with 200 AID employees joining Argo. This new alliance is hugely important to combat similar partnerships in the autonomous vehicle (AV) world, like Cruise and Honda/GM. At the same time, clients should recognize that these types of strong partnerships threaten players broadly looking to develop AVs on their own, like Zoox and Tesla, though many startups are still able to focus on specific commercial applications of AVs.

Earlier this month, one of Navya's autonomous shuttles collided with a pedestrian during testing, though reports suggested pedestrian inattentiveness as the cause. Following this news, Navya announced a major change to its business strategy. Instead of providing AVs, the company plans to supply its ... Not part of subscription

We noted that Canoo did not intend to manufacture anything in‑house in our coverage of the company, and a partnership with an automaker was necessary if it were to reach production. The primary value of this agreement likely lies in development on purpose‑built vehicles, which Hyundai announced at ... Not part of subscription

GM Cruise cuts 8% of workforce while doubling down on engineering

The self‑driving car company had hired a slew of employees in 2019 with the goal of launching a robotaxi service and even launched its own vehicle. Now, as many autonomous vehicle testing deployments have halted in light of the COVID‑19 pandemic, any short‑term launches of services like robotaxis ... To read more, click here.