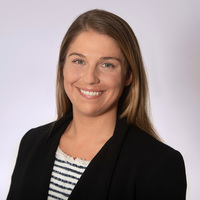 Earlier this year, Chevron announced its commitment to reducing methane emissions and flares from its supply chain by 25% to 30% from 2016 levels by 2023. In response to increasing pressure from investors, however, the U.S. oil major has revised its initial targets to reduce net greenhouse gas emission intensity from upstream production by 2% to 5% from 2016 to 2023, signaling the industry's emphasis on reducing both carbon and methane emissions throughout the production supply chain. The move is also in line with long-term carbon capture initiatives recently launched by the OGCI, though clients can expect an initial focus on existing technologies, such as CO2 EOR and gas sensing, to meet near-term reduction goals.

Taiwan's state‑owned petrochemical company announced that it has received its first shipment of carbon‑neutral LNG under its current contract with Shell Eastern Trading. The shipment unloaded 64,000 metric tons of LNG and generated an estimated 240,000 metric tons of carbon emissions, which ... Not part of subscription

Last month, Lux Research presented at the Go Net‑Zero Carbon Energy Virtual Summit hosted by Globuc. Given the impact from COVID‑19 and the oil price plunge in May, the summit was buzzing, as the oil and gas industry faces not only the challenges of decarbonization but also a sudden shock in ... Not part of subscription

This news is in line with our conversations with those in the recycling value chain. COVID‑19 has disrupted the collection of post‑consumer scrap, but it is also hurting global scrap flows; this is likely to be more impactful as it drives recyclers to find alternate sources of scrap. Ultimately, a ... Not part of subscription